The wheat market was the whipping boy overnight as the market continued to remove risk premium with the advancing harvest. The latest Egypt tender also reflected the break in global prices. Prices were around $9/t below Egypt’s previous tender on 10 June, with a bucket load more offered out of Russia. The only vaguely bullish point was the lack of French offers.

Few aspects of the market could be construed as bullish, but domestic Chinese corn and bean futures both posted fresh highs yesterday. On corn, this is particularly interesting in the context of the recent tariff decision that essentially cuts Australian feed barley out of that market. While not the only reason for the corn rally, it implies China’s hog herd has gone a long way to recovering from its African Swine Fever lows. In an effort to stem the domestic feed rally, China has made reserve corn available.  However, both age of inventory and location means the market has found little relief from these auctions. It creates an interesting backdrop to US corn futures which have gained more than 70c/bushel since late April. Wheat has found the selling since then, while corn managed to find some incremental export demand, mainly from China. This will be a key component of the 30 June stocks and acreage report: how much wheat feeding went to corn during the latest quarter?

While many developed countries are lifting COVID restrictions, many emerging markets are still suffering from infection and death-rate growth, and are still dealing with a population that is difficult to isolate or lock down. The ancillary impacts of this are difficult to predict, but one example is the Brazilian Government’s comments levelling further blame on China as the source of the virus. China is Brazil’s largest trading partner, with iron ore and agricultural commodities its main Brazilian imports.

Aussie new-crop markets again were down AU$2-3/t across the board. ASX contracts continued this trend and moved lower over the day with the January 2021 contracts settling at $288/t for wheat and $228.50/t for barley. Grower bids on wheat also pulled back in most port zones to finish the week a fraction softer in what feels like little liquidity. Again we head into another weekend for South Australia, Victoria, and parts of New South Wales with more rain forecast. 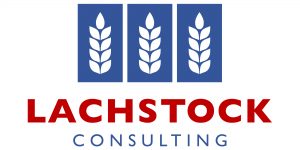