Massive corn crop could have more impact on barley prices than tariffs..

AUSTRALIAN barley producers concerned about a falling price for their 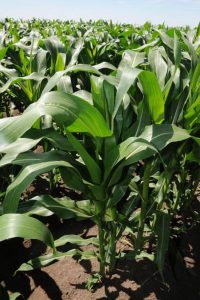 commodity need to be equally worried about the possibility of a thumping US corn crop and its negative impact on world markets.

Nick Carracher, Lachstock Consulting chief executive officer, said in spite of the low prices on offer the government subsidy programs and insurance schemes in the US meant farmers would still put the crop in.

“The measures they have in place mean it is still worthwhile planting,” Mr Carracher said.

However, he said there was good news for coarse grain producers in the way world markets had moved following the USDA report.

“Even with all this negative news thrown at it the market still finished up slightly, if you look beyond the headline news there are a couple of more positive things there.

“Americans are getting back in their cars and we have the lowest amount of active oil rigs in the US since record keeping of their activity began, 330 down from 500,” Mr Carracher said.

“The energy supply being so tightly constricted may mean support for ethanol comes back quicker than we thought.”

Aside from the US corn crop, both Mr Crundall and Mr Carracher said there were some issues with crops in Europe.

“It has been a funny season in France, firstly too wet now too dry, so people will be watching to see how those crops hold up,” Mr Carracher said.